Maneuvering Through the IoT Obstacle Course

Maneuvering Through the IoT Obstacle Course 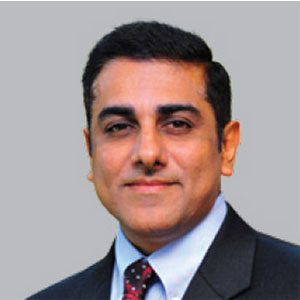 Billions of people connect with each other every day over the Internet, and many trend-watchers are pointing to the next push in this online revolution: an Internet of Things (IoT). Much like the Internet as a whole, IoT promises to change how we interact, but with a major difference. The IoT mostly removes the human element from interaction, focusing on a swath of sensors and device-to-device communication that allow us to “set it and forget it.” But will technical challenges stymie this idealist vision?

Will the Internet of Things Become a “Thing”?

IoT does not represent a revolution of the fundamentals or the invention of new technologies. Embedding intelligence, sensors, and actuators into devices is no longer a prohibitive engineering problem. The modern smartphone contains sensors and processing horsepower that rival the high-performance desktops of just a decade ago. From the perspective of making “smart” devices that can sense and interact with the world, IoT is very achievable. The challenge is to interconnect things on an unprecedented scale. This challenge prevents the IoT from mass adoption.

But how can communications be an issue for IoT if devices are already communicating over the Internet? In other words, isn’t the Internet enough for these devices to communicate with each other? To answer that question without devolving into a technical discussion of the Open Systems Interconnection model, consider the concept of accessing the World Wide Web via a browser versus using a social networking app on a smartphone. Both rely on the Internet, but there are fundamental differences that boil down to an analogy of speaking different languages.

The World Wide Web has been very successful in crossing divides of different operating systems and web browsers. By using standards such as HTTP, HTML and TCP/IP we can ensure that if a website is viewable in one browser it should be viewable in all. On the other hand, consider apps such Apple FaceTime and Google Hangouts. Both are functionally similar and use some common protocols. But not all protocols are common, so you can’t use FaceTime to contact a friend who uses Hangouts. Interoperation requires a translator, which complicates things when you don’t have an exact translation for a specific action. The same is true for the dozens of IoT products on the market today. The most significant challenge to adoption of more smart devices is the lack of interoperability of IoT products without workarounds.

So is society likely to universally adopt the IoT? As with all complex engineering questions, the best answer is “It depends.”

Building the Bridges: How IoT Gets from Here to There

To gain some perspective on this non-answer, compare the histories of web-based companies and services and home and factory automation.

Companies in the web-based ecosystem have fought for a more open Internet. With the adoption of HTML5 and open source, the Internet itself is a model for companies to realize that as the Internet becomes easy — to the point of being taken for granted— the more likely consumers are to use the Internet to the financial benefit of the entire marketplace.

The home and factory automation industry is flooded with dozens of non-interoperable protocols, a situation more akin to IoT than the World Wide Web. Thus, if we have not yet solved the interoperability issue across this industry, it does not bode well for our ability to tackle the heart of the challenge: the common protocol issue that is necessary to realizing a fully interconnected IoT.

Google is attempting to do just this with Weave, a cross-platform communication layer that will allow IoT devices to talk to each other. For example, users can define a term such as “unlock” in Weave and all devices in the smart home will interpret it in the same way. So perhaps the path to an Internet of Things will be an iterative process. First, individual market segments must unite behind common protocols across competing companies. Like how the ZigBee Alliance and the Thread Group recently collaborated to allow ZigBee Cluster Libraries to run over Thread networks, providing an interoperable solution for the connected home. This strategy may result in many Islands of Things, but it could be a better start, should innovative products demand a truly interconnected IoT. It will be far easier to build protocol “bridges” between a few well-defined, industry-specific protocols than hundreds of competing, product-specific protocols. With these bridges, the eventual likelihood of a complete IoT is greater.

People look at IoT and instinctively react by asking “Why do I need that?” This type of technology product always suffers from a slower adoption rate, which makes it hard for companies to justify the expense in working with other companies to engineer a common framework. Established companies would need to rework entire product lines that are already profitable. Startups might be more likely to adopt a common protocol, but they lack the ability to influence larger, more proprietary-minded corporations to do the same. Plus, standards development requires compromise that a lean, idealistic startup might not have the resources to support.

Of course, there are other technical barriers in addition to the market and protocol issues. Given the sheer number of potential connected things, the Internet will have to adopt IPv6, which provides for approximately 3.4 × 1038 uniquely addressable devices. Comparatively, the current IPv4 allows for a mere four billion addresses. And how much new data will be generated that needs to be stored, even if only temporarily? As IoT spreads to major industries such as healthcare and education,we will see a massive influx of big data, which will require new ways to analyze and use this information. Today, existing barriers are somewhat mitigated by industries like manufacturing that are adding new data centers at breakneck speed.

A Ba-zillion Points of Light

To be sure, IoT has a lot of promise, but it will take an unprecedented level of cooperation, not competition. If successful, in the coming years we could begin to see thousands of new smart devices that will dwarf the current craze of smartphones, smart TVs, and smartwatches — cutting costs and reducing environmental impact. IoT can help blaze a trail to a brave new world of not just convenience, but of better economic and ecological stewardship without lifting a finger; that is, if we can find a way to coalesce the thousands of industry protocols and overcome.

The Journey to Swift Digital Transformation

Virtual Immersive Learning: The Next Frontier in Higher Education

Making the Case For Moving from Health IT to Health Analytics

Data as a Business

Ricardo Leite Raposo, Director of Data & Analytics at B3