New IoT Networks are Coming to the US

New IoT Networks are Coming to the US 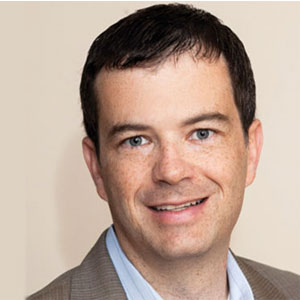 The Internet of Things is upon us. It’s big and growing rapidly. Both Cisco and Ericsson have predicted that there will be 50 billion devices connected by 2020. Of these, Gartner estimates that 26 billion will be things other than smartphones, computers, and tablets.

What are these new connected devices? Many will be fixed-location, sensor-based devices sending less than 1,000 bytes of data a day. Another consultancy, Strategy Analytics estimates that sensor-based devices will account for approximately five billion device connections by 2022, and that roughly 50 percent of these will come from new companies.

These sensor-based applications have some specific new requirements, notably: Battery operated for 7- 10 years, extremely low cost modem hardware, network fees need to be less that $1 per month, send less than 1,000 bytes of data a day, indoor units will need good building penetration, outdoor units will need exceptional range, and security will be a major issue.

• Cellular networks (after GPRS or 2G data services) are “always on.” The networks are architected so that the remote receiver is always listening to the network for calls and this drains battery life. IoT networks need to be stateless. This means they only wake up when they need to send something. Stateless networks ensure long battery life.

• The overhead inherent in TCP/IP and 4G-LTE is very inefficient for small payloads.

• Cellular hardware is too expensive and monthly service costs are typically much higher than new networks.

So who and what are these new networks that are competing for these new customers?

There are several new protocols being deployed in the unlicensed 900 and 868 MHz bands, known as the ISM bands in the U.S. The top two from a technology and momentum standpoint are Sigfox which is a French UNB (ultra-narrowband) network and LoRa, a unique modulation which is being deployed by a number of operators around the world.

These two, while different in how they operate, achieve their long range through the same way, slowing down the data rate. Lower the rate, longer the range. With a 300-1,200 baud network, you can achieve ranges of up to 10-15 kilometers for outdoor applications. Obviously with these very slow speeds they are not a good fit for video applications, but for alarm panels and utility meters, these speeds are fine.

Sigfox’s Ultra Narrowband allows for very large number of radios to transmit in a very limited bandwidth. LoRa uses more bandwidth and “spreads” the signal. The advantage here is that it can operate more effectively in noisy environments. Sigfox’ signals must be significantly above the noise floor; LoRa’s signals can be well below the noise floor. For noisy, crowded

ISM bands where anyone can transmit, this is where LoRa has an advantage.

Both operate in a Star network configuration unlike other low cost radios like Zigbee that operate in a Mesh topology. Mesh networks are typically very low cost for the endpoints, but require a lot of hardware to build out a city.

Sigfox is an early stage company based out of Toulouse, France but already they have over 300,000 end nodes on its network in France. They have also just completed a 100 million Euro round to expand in the U.S. and Asia. Telefonica, SK Telecom and NTT Docomo were all investors in this round. In addition to France, they have networks up, or coming up, in Spain, Portugal, The Netherlands, The United Kingdom, Denmark and Belgium. Sigfox also has test networks up in several cities in Germany, Italy, Poland, Ireland, Chile and Colombia. They have launched a test network in San Francisco in the U.S.

Their model is to be the exclusive network operator and then license their technology to a single Sigfox Network Operators (typically major in-country telcos) per country. The pricing and offerings are there for fairly standardized and this has attracted big players in the security industry for alarm panels and smoke detectors.

The LoRa hardware is based on a very unique spread spectrum modulation scheme. Inherently this is very different from Sigfox’ s Ultra Narrowband approach but they both accomplish the same goal of delivering long distance, low cost, low speed networks. The LoRa model is to drive the standards and let others integrate chips into private and public network offerings. This flexibility has attracted a number of application providers and public network operators around the world. The LoRa Alliance was recently created to promote the standard and get LoRa networks built and applications up on these networks.

Their efforts have been fairly successful and there are now roughly 50 operators around the world getting ready to deploy public LoRa networks. This includes operators in the U.S., France, Australia, Japan, South Africa, Belgium, and Singapore.

So what does all of this mean to you and your networking needs. Potentially a lot. If your business relies on monitoring any remote device, these new technologies and the networks they are creating are potentially very disruptive because of their low total cost of ownership. These systems could potentially drive ROI for new monitoring applications that you hadn’t considered before, because the costs were too high.

Expect to see major announcementsthis year with companies announcing new products based on these technologies. We are seeing some very interesting applications in the smart cities, asset tracking, smart agriculture, building automation and security areas. These include low cost wristband trackers for aging seniors, moisture probes for irrigation systems that could save up to 10 percent of the fresh water consumed in this country every year while improving crop yields by 5-7 percent. That’s more water than humans consume every year! Much like the early days of the Internet, these new disruptive technologies are creating new business models that have the potential to change the world.

3 Ways to Integrate AI into your Business Today

Advancing Customer Experience in an Ever- Evolving Hospitality Sector

Laying the Foundation of a Satisfying Commuter Experience